Health clubs may operate from physical buildings, but their reach and impact extend far beyond the boundary walls. A typical club has many ‘stakeholders. When thinking about who may have a ‘stake’ in a health club, members, employees, investors and suppliers will come to mind, but what if we apply a broader definition and say that a ‘stakeholder’ is any person or organisation who impact or are impacted by the club. Suddenly, the club’s reach has become much bigger. The most successful clubs recognise that stakeholders are inter-connected and that actions can ripple from one group to another: 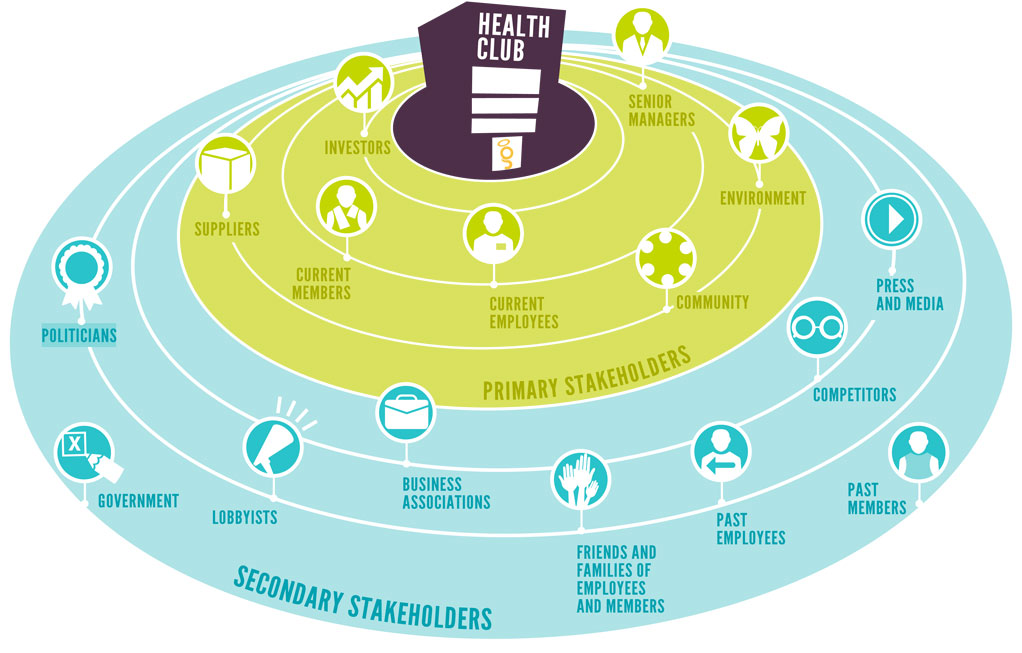 Primary and secondary stakeholders for a health club – Ray Algar 2013

During October 2012, the East Coast of the United States was devastated by Hurricane Sandy, causing more than $71 billion of damage. Residents in New York suffered flooding and loss of electricity in their homes. This made keeping warm difficult and many people had no hot water. How did some clubs respond? Town Sports International with clubs across the North East of the United States invited the community to use their clubs, free of charge. This is what they published on their website:

‘All of our clubs are opening their doors to Hurricane Sandy victims allowing full use of our facilities. If you need a hot shower, charge your cell phone or re-charge your body with a stress-reducing workout. Our club is your club.’

So how did this story of the ‘compassionate club’ spread and connect to other stakeholders? Club employees, members and community members used social networks to quickly spread news. The press and other media outlets picked up on the story which spread across New York, the United States and then globally. Other clubs heard of the gesture and decided to also open their doors to other Hurricane victims. Families of employees and members would have heard of the gesture and mentioned it to people in their networks. Though not a deliberate intention, the reputation of the clubs has risen and may have just tipped the balance in helping someone decide which club to join. Of course, the club’s investors are delighted with any boost to reputation. So you could say that doing good is good for business.

Creating a project that generates some social good is simple. You simply create an idea, add a little effort and before you know it, your club has made a difference that all your stakeholders will pay attention to. Watch our four-minute video to see how your organisation and Gymtopia can do some good:

Get inspired by reading some of the projects that other clubs and suppliers are involved in. Then create a project that fits your business strengths and available resources. Above all else, do something.

If you have a project ready to share and have access to a desktop or tablet computer, then get started below.

Do you have a story to tell?

Is your organisation doing amazing things to improve the lives of a local, national or international community? If so, we would love to share your story.

Read how to get started